The Pose of Power!

Why Kefir is the Key to Improved Health

The Pose of Power!

How would you like to reduce your stress levels, boost your confidence, alleviate your anxiety and feel more powerful – all under two minutes?

You might be wondering if this sounds too good to be true, because all of that in under two minutes seems nearly impossible, right?!

Actually, it’s not and it all comes down to the power pose. Body language is a very powerful and real thing. It’s the non-verbal communication that really tells us practically everything about a situation. You can guess what people are thinking and feeling just by paying close attention to their body language. Even the smallest of gestures can have a huge impact on how others see and think of you.

Not only does it factor in how others perceive us, but it also plays a huge role in how we go about performing and being. You’ve probably heard of a “power pose” of some kind and thought nothing of it, but certain “power poses” can actually change your body’s chemistry, helping you feel better than ever before.

These types of poses are those in which a person’s body language is “opened up” to the world. Their hands are not hiding their chest or the front of the body, but are instead spread out away from the body. And the funny thing about this pose is that it’s innate. We’re all predisposed to this pose, even if we’ve never been taught it, and it’s usually displayed when we are victorious, happy or excited about something.

At the opposite side of the spectrum is a “closed pose” or “low power” pose that both people and animals do when feeling helpless or feeble. This is when we cover our body with our arms, as if we are sheltering ourselves from something or another. We wrap ourselves up tight to close themselves off to others. In situations, there’s usually always one person in the high power pose and another in a low power one, since these poses complement one another (there’s always one person in power, while others are following).

But this body language can affect how we perceive ourselves, thus having an impact on our body chemistry. In a study, when people were asked to strike a high-power pose for two minutes (ones that had them stand/sit tall, extend their arms out away from their body or extended and resting on another object), they felt happier, more confident and less stressed. 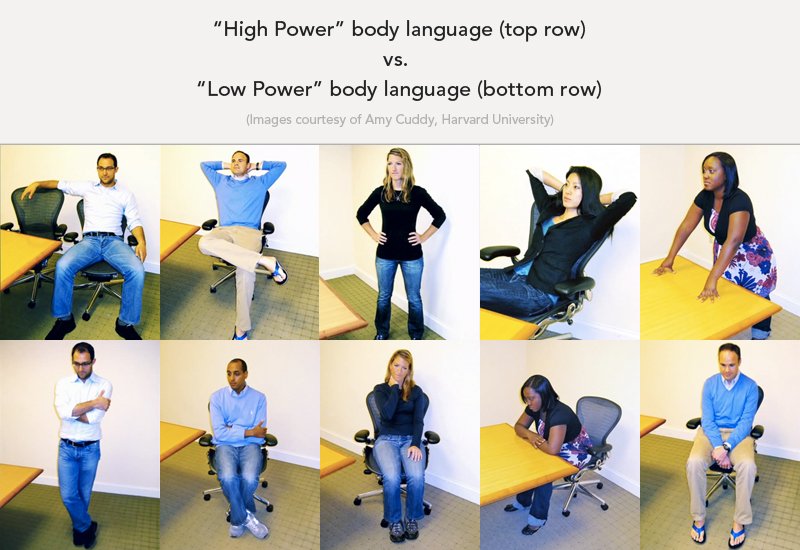 As far as body chemistry was concerned, those with a high-power stance had higher levels of testosterone, which is considered a “dominance” hormone and a key chemical when it comes to “power,” with the other being cortisol. When a person’s cortisol levels drop, people are better at handling stressful situations, which is a great trait for leaders. So after two minutes in high-power pose, the cortisol levels of that group feel sharply, while levels rose in the low-power group. This basically sums up that body language plays a big part on how we feel and think about ourselves.

So if you want to de-stress, reduce your anxiety and feel more confident, simply stand in a high-power pose for two minutes and you’ll automatically feel better and powerful in the end! 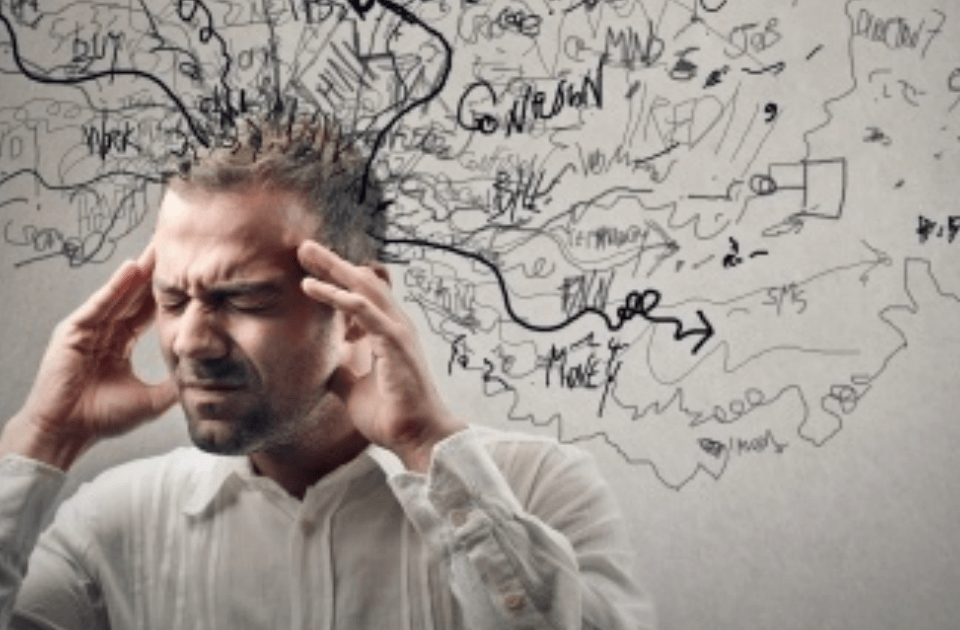 Are you thinking yourself ill?